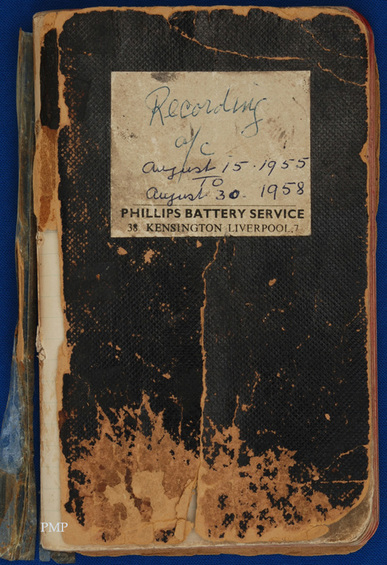 Phillips Sound Recording Services...
The legendary Liverpool recording studio where, between 1955 and 1969, Percy Phillips recorded many hundreds of tapes and discs for Liverpool people, starting the careers of many performers who went on to become major stars at home and abroad.
In 1958, John Lennon's first group, the Quarrymen, (who later became The Beatles) made their first ever record at Percy Phillips' studio. This one off
​78 rpm 10 inch acetate disc is considered today to be the World's most valuable record.
On the 'A' side is the Quarrymen's rendition of Buddy Holly's hit, 'That'll Be The Day' and on the 'B' side is Paul McCartney and George Harrison's composition, 'In Spite Of All The Danger'.
Both these unique recordings appeared on the 'Beatles Anthology 1' album in 1995.

But surprisingly, Percy Phillips himself and his modestly equipped yet enormously productive studio remained largely unknown and uncredited by people outside Liverpool.
Now, 60 years since the Quarrymen recording, phillipsacetates.com is revealing for the first time the story of Percy Phillips and his studio, using archive recordings, photographs and memories, many provided by the Phillips family and others who were there at the time.